Cozy up to the fire and relax

Newfoundland is a land of rugged beauty and happily coexistent contradictions. Alpine lakes at sea level. Dull gray days and bright multicolored houses. Weather that shifts from Florida-like heat and humidity to crisp glacial breezes in a day. The freshest, cleanest fish oftentimes battered and deep fried. Huge icebergs dwarfing tiny hamlets. We could go on and on. 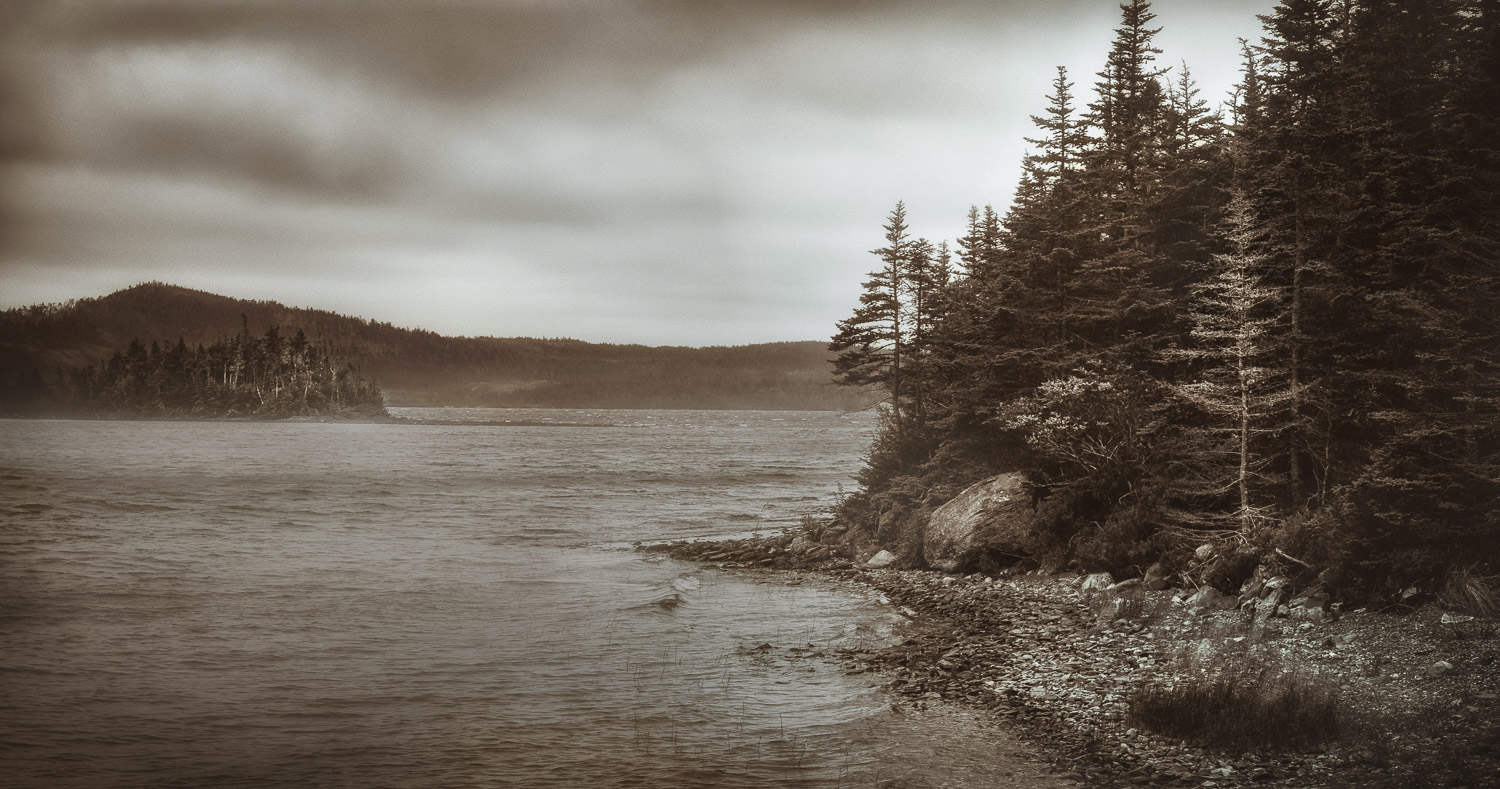 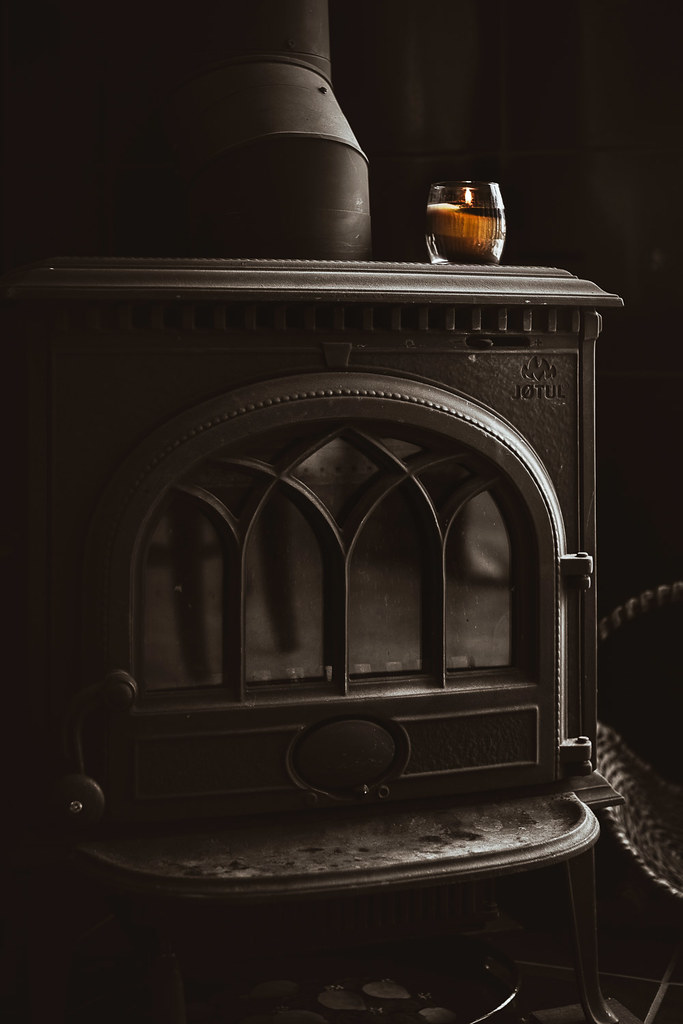 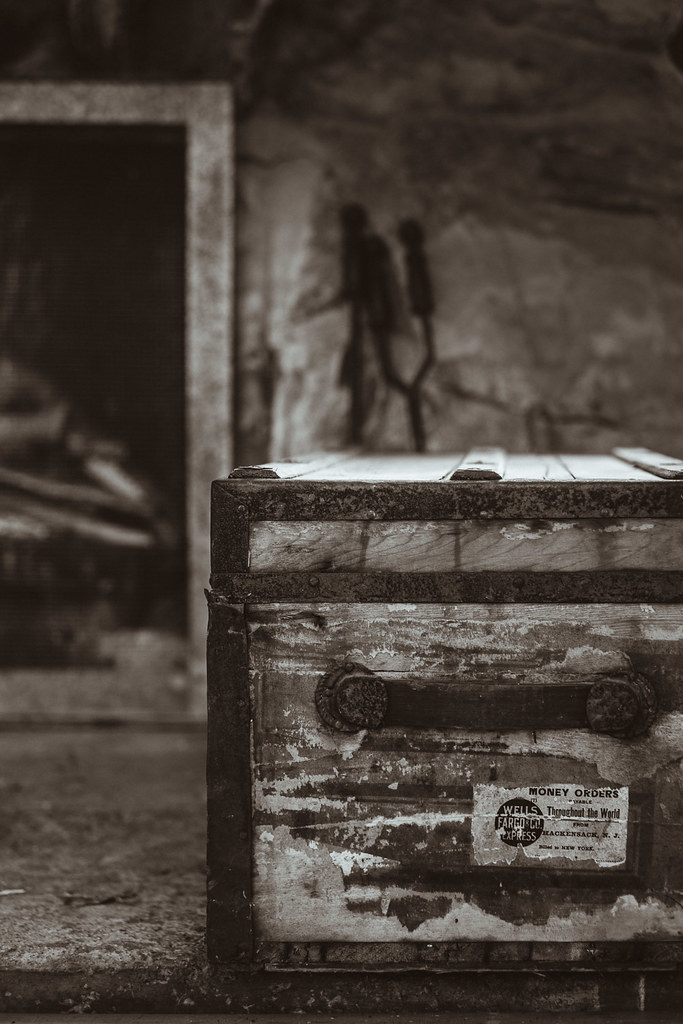 During the winter, parts of Newfoundland see on average 100+ days of snow totaling more than 13 feet that can stick around for months. The residents spend their time visiting friends and family, often driving hours to reach them. It is quite common for visitors to stay the night or a few days allowing for late night drinks around a cozy fire. We’ve been told that our recently adopted sleeping patterns (e.g. 3am to bed and noon to rise) may actually be more common here than we might have thought, Newfoundlanders refer to this as the St. John’s timewarp. 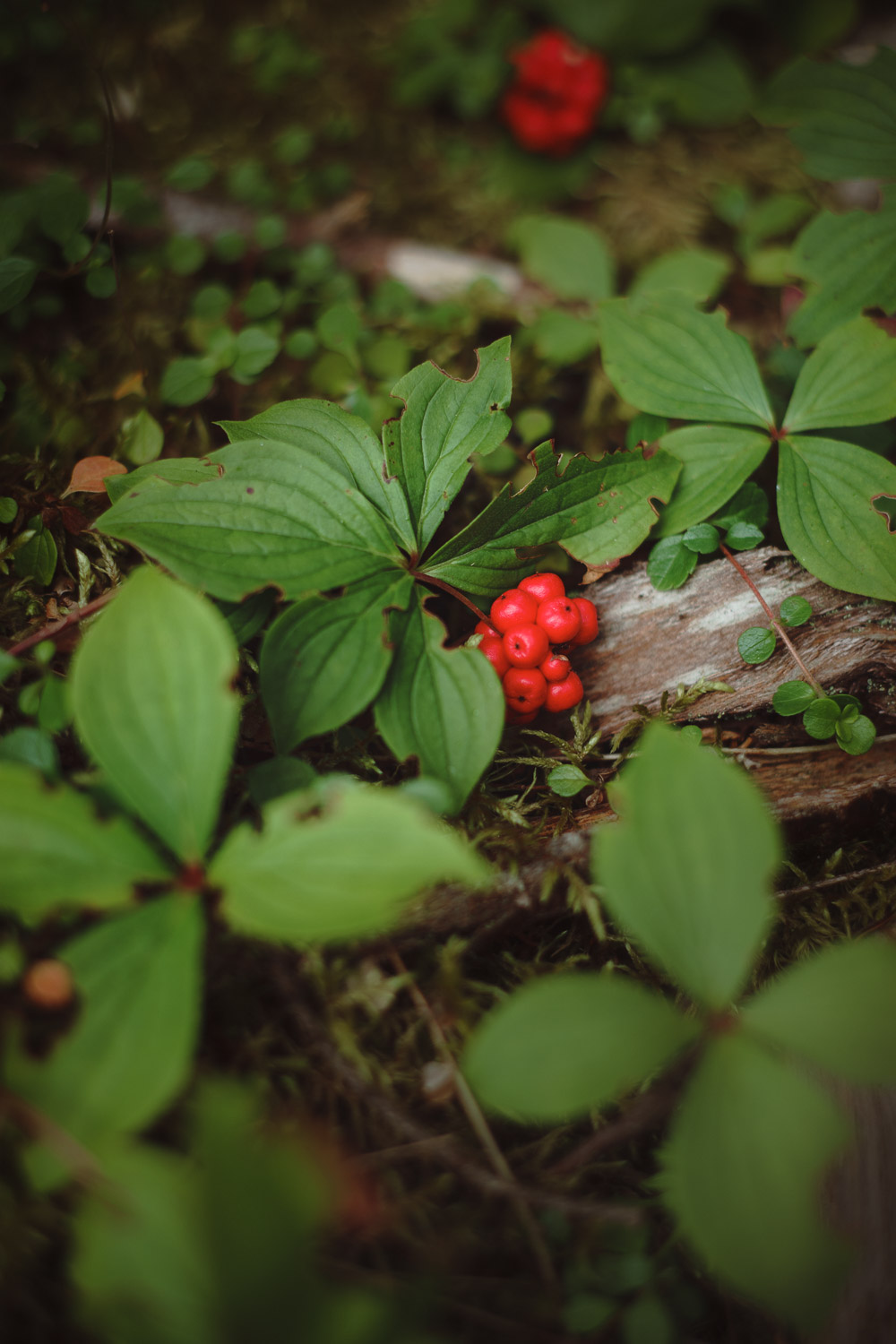 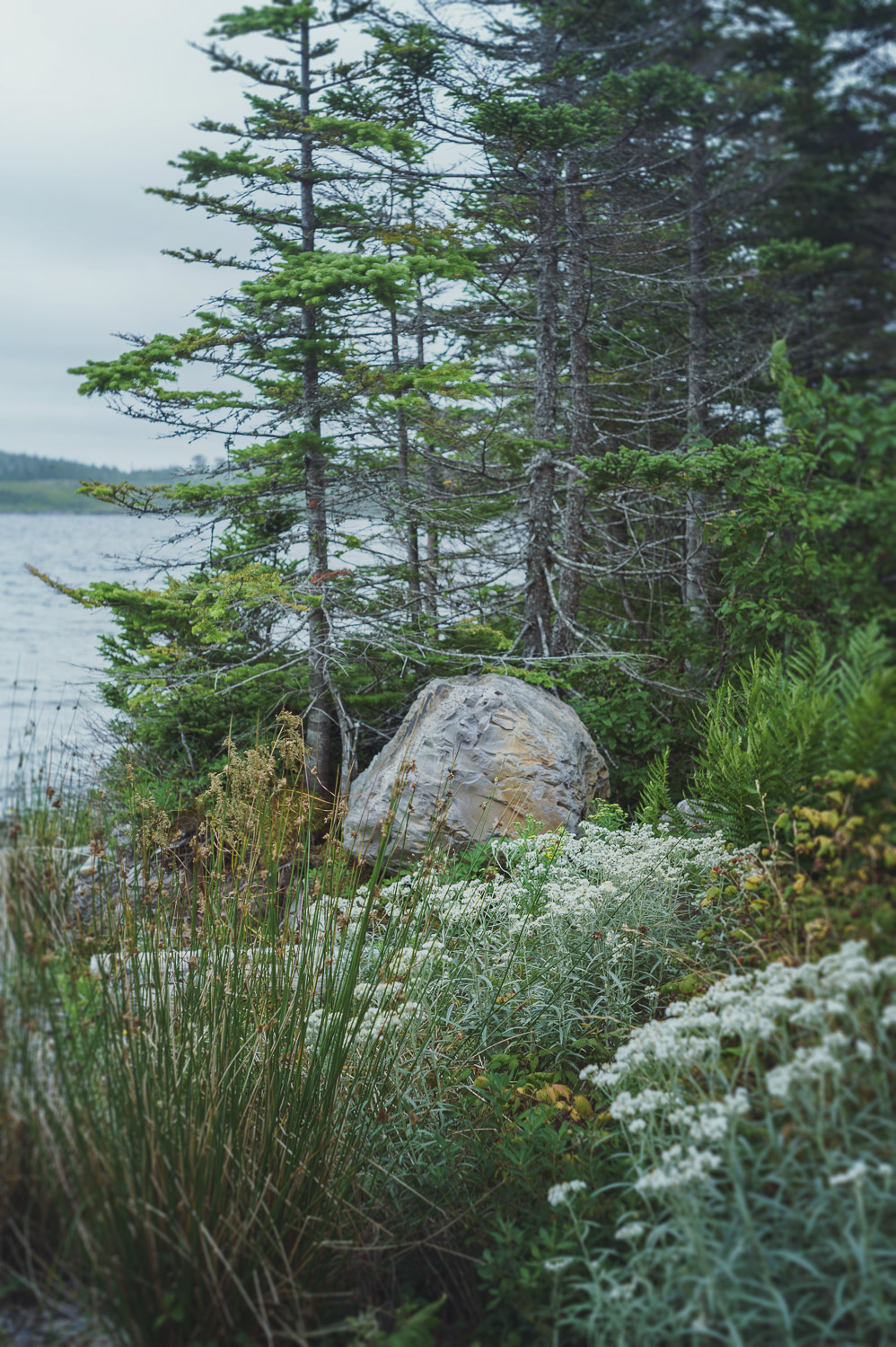 So, Newfoundland eh?, how, why?

Yep, there's a fun story to accompany our current locale since Newfoundland is worlds away from Silicon Valley, our home earlier this summer.

On the 6th of August, we set out towards "the island at the edge of the world" after a few fast paced months in Silicon Valley working on an up and coming blockchain startup (more on this later). The timely conclusion of our experience there aligned perfectly with the annual Vassili pilgrimage of soul renewal. Every year, our well respected and loved friends Nick and Nan Vassili travel to Newfoundland to renew their faith in humanity. They've told us stories of the open and kind nature of the goofy Newfies* as well as of the natural beauty of this remote island for years. With the who, what, when, where, and the why in place ... it was time to drive, so we packed our gear, monitors included, into the lowered and previously totaled Audi A4 we picked up on the cheap from a nervous 18yr old in the Valley and we headed off for the 5,000 mile stroll to the welcomed dead opposite of where we were ... the easternmost island of North America!

* Our attention has been brought to the fact that "Newfie" is actually not a universally endearing term for or by all Newfoundlanders. Given a bit of research into the topic, it seems as though its use and relative offensiveness is indeed quite ambiguous. That said, it warrants a note that if you are indeed offended by this term, no malice or ill will was intended. We've heard this term on several occasions used in good cheer. For brief reference, please see the following: [1] Newfie at UrbanDictionary.com, [2] Newfie at Wikipedia.org, [3] article about 'pissing off someone from Newfoundland' using Newfie as socially acceptable term within. Suffice it to say that our overly politically correct US indoctrination and the prevailing cultural relativism of our day leads us to call this out to preempt any hypothetical future grievances one might have with our body of stories. à bientôt 😉

Eric met Nick in Seattle back in 2009 and we have both grown to admire his life's work in all forms that it has taken over the years. Spending a good deal of time together in Seattle before our departure in 2014, we knew we'd come to share space once again somewhere in the world ... little did we know it would be his favorite place on Earth. Some things just work out like that I suppose!
So why is this Nick's favorite place in the world? Well, we'll let his own words lifted from part-one of his autobiography on the topic fill in the narrative and fully corroborate our own perspectives that we've now developed while here in town.

The 'goofy Newfies' is what they were called, both by the Americans stationed at Pepperrell AFB and nearby Torbay Airport as well as Newfoundlanders themselves. But God bless them, they’re by far the grandest lot of humanity I have ever known.
- Nickolas Vassili. So Much Pleasure, So Little Pain. Seattle: AuthorHouse, 2007

Nick first arrived in Newfoundland on D-Day, June 6th, 1944, and was greeted with a snowy morning when touching down at Torbay Airport. He then spent the next two-and-a-half years stationed here as a US Air Force officer during the war. The myriad stories he tells from his time here all contain that most essential and ineffable spark of life ... live it and enjoy it while it's present because it's most certainly not everywhere you may travel these days!

One of my mother’s more cherished sayings was, “People are the same everywhere.” After spending my childhood in East Harlem in a tenement building with every race and nationality residing therein, I had no reason to doubt her words. But after my initial introduction to Newfoundland, I wanted to call her up to tell her she was all wrong on that account.
- Nickolas Vassili. So Much Pleasure, So Little Pain. Seattle: AuthorHouse, 2007 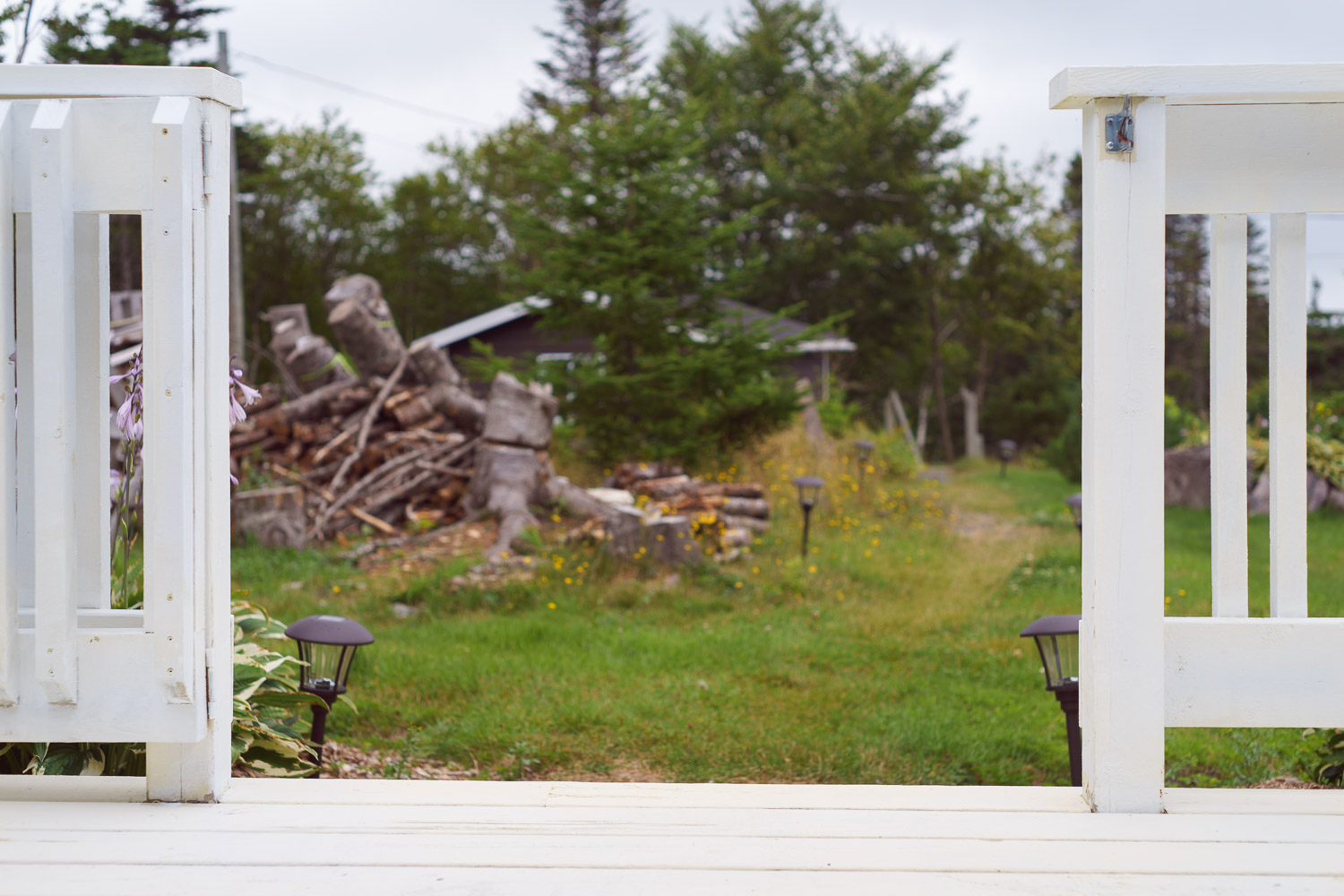 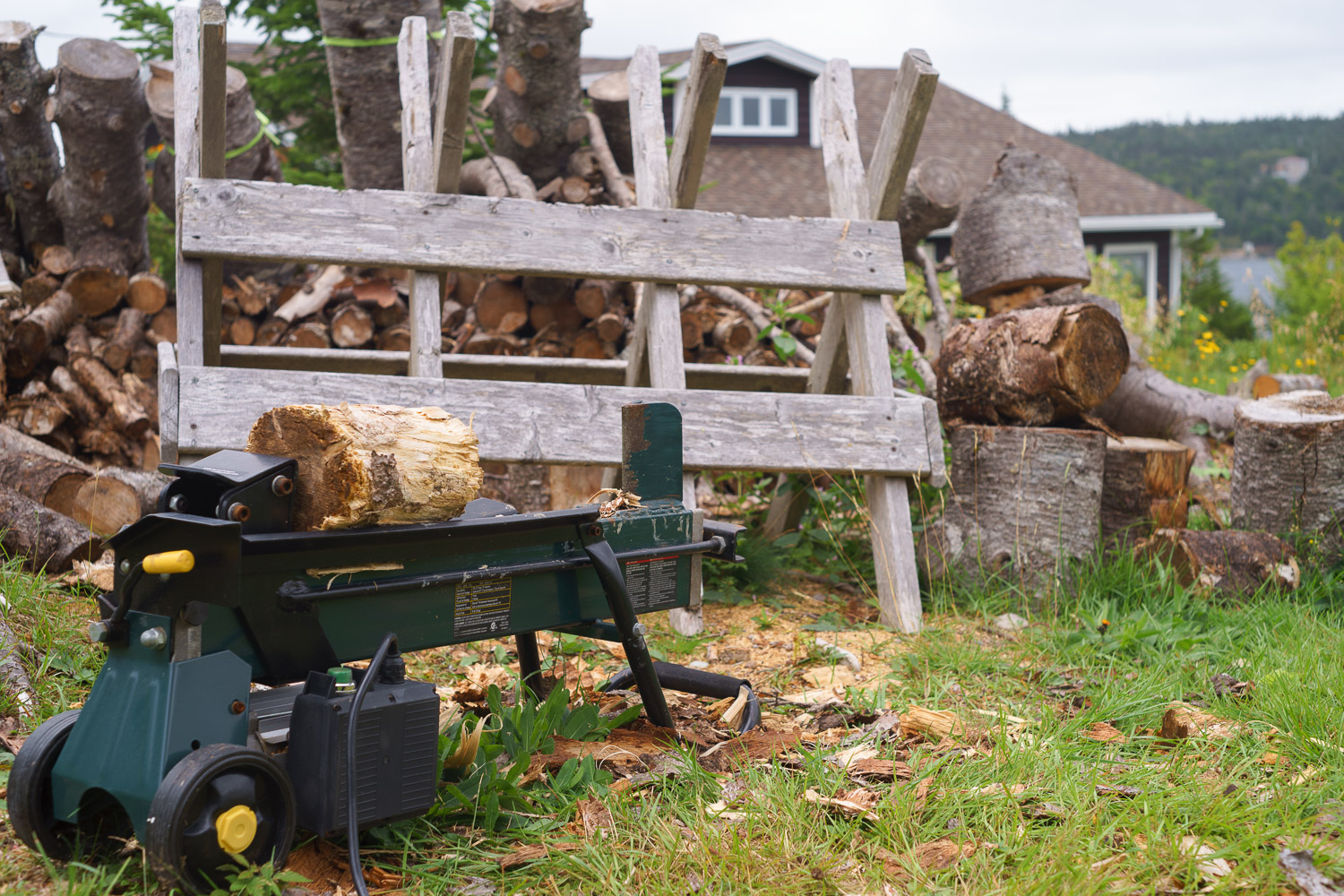 After 2 weeks of steady driving, including at least one 18hr day on the road, we arrived at Nick and Nan’s cottage on Gull Pond. The peace, solitude, and beauty struck us immediately.

Gull Pond, located approximately 60km outside of St. John's, is one of the innumerable pristine lakes that dot the surface of "the rock at the end of the world". Newfoundland is a geological full course meal featuring some of the oldest rocks in the world, deeply incised fjords and sheer cliffs, surrounded by boreal forest. 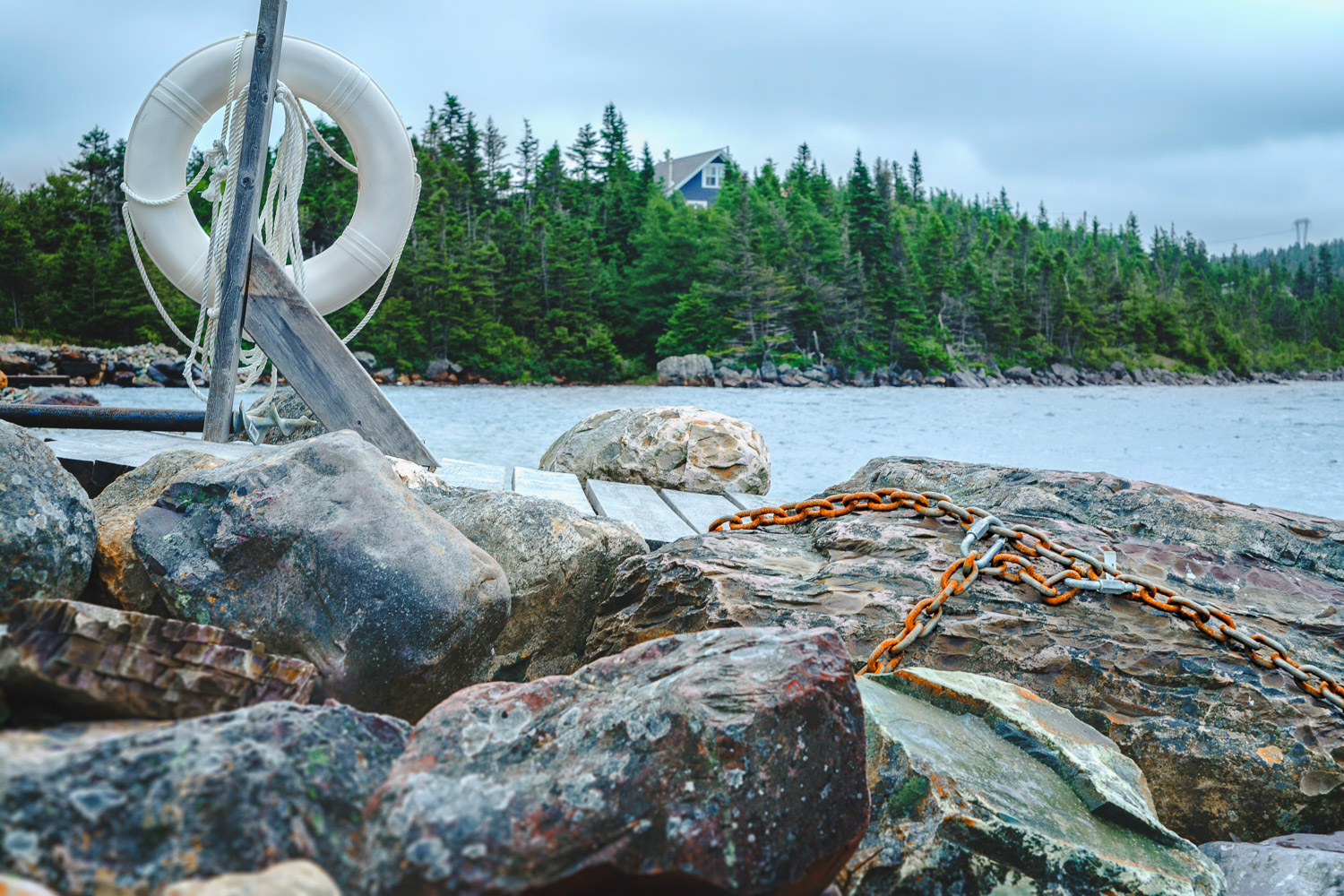 Below, Nick and Nan soak up the morning sun overlooking their beautiful view of Gull Pond. 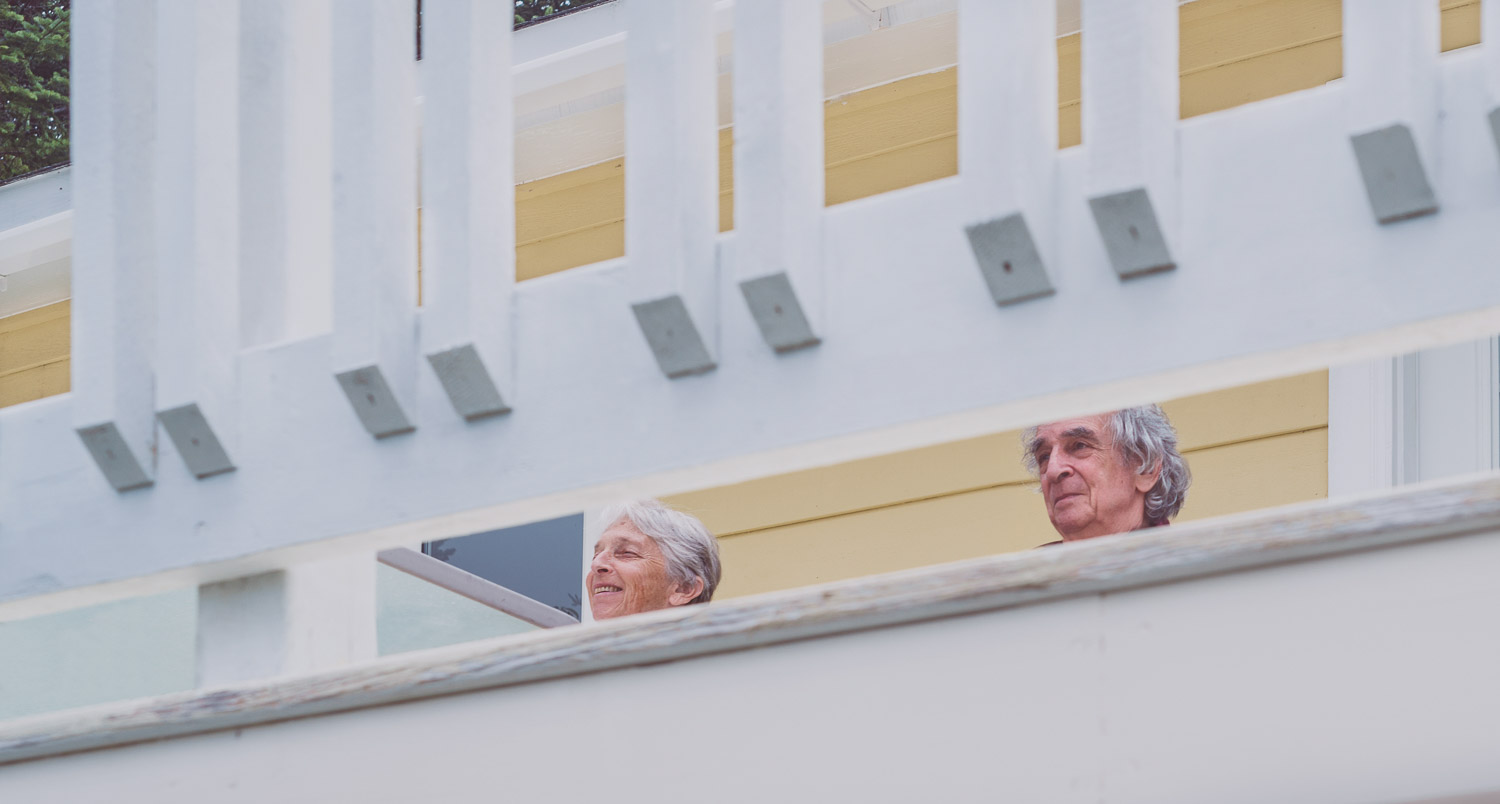 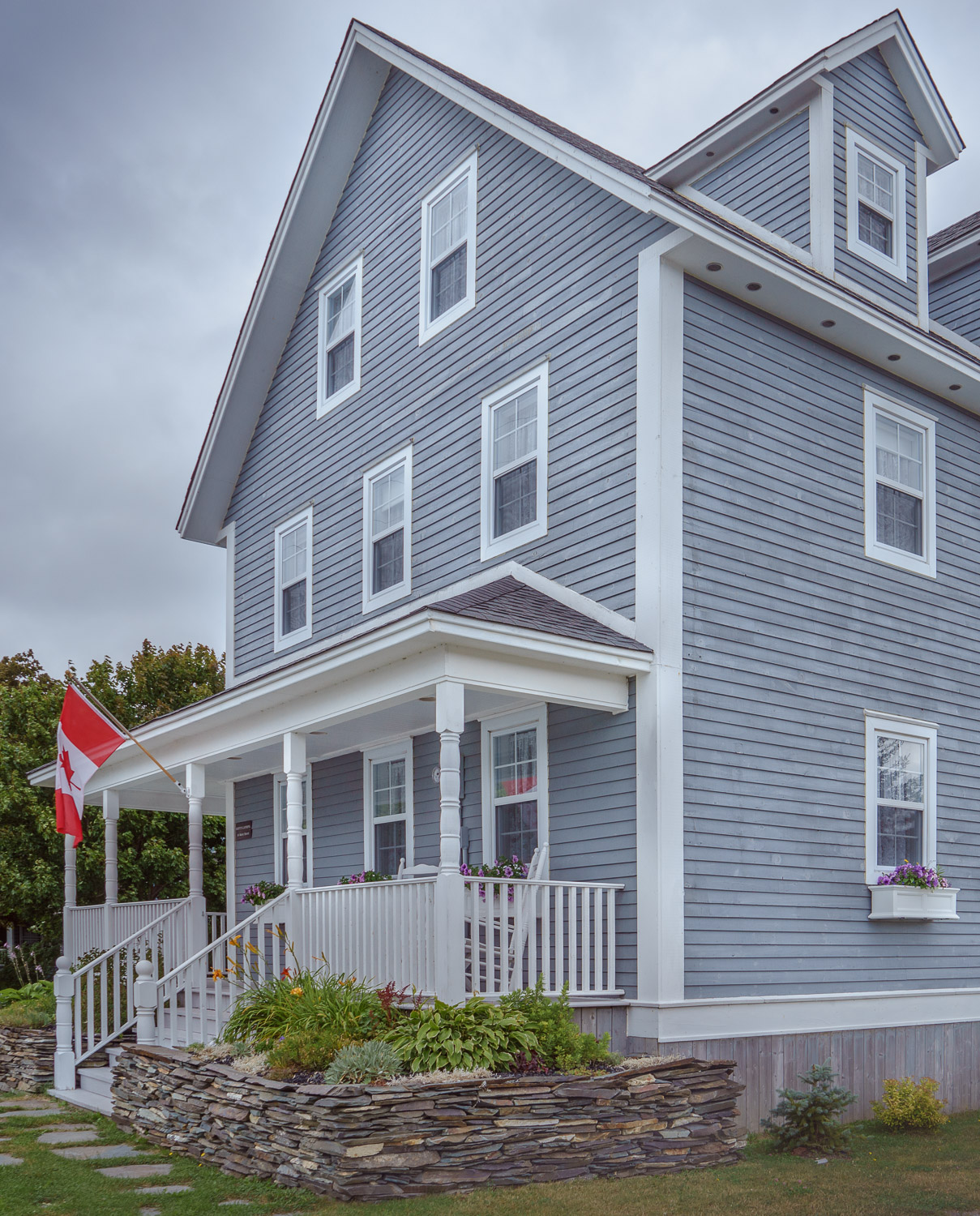 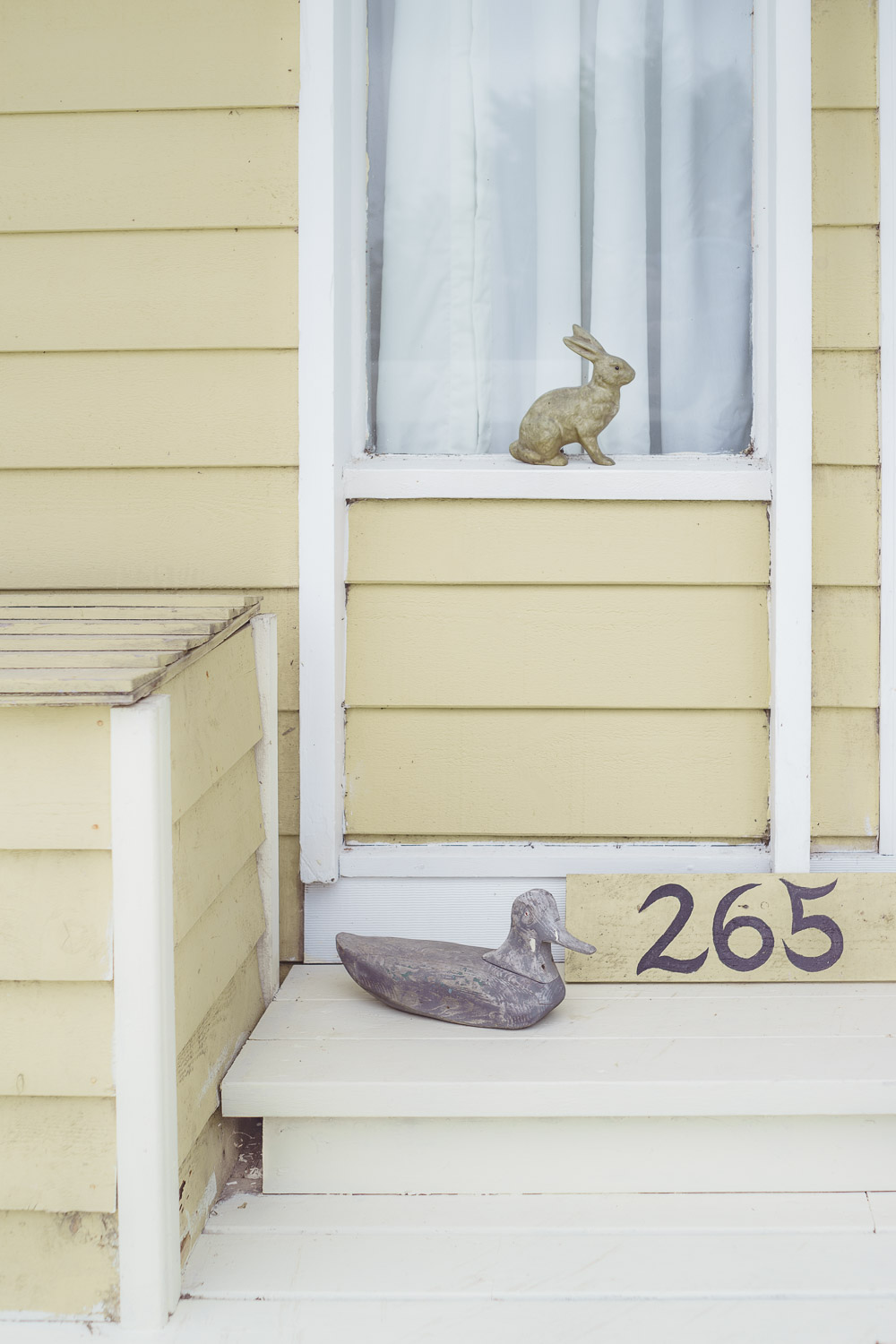 Newfoundland has traditionally been largely dependent on fish as its primary food source. Yum! The fish here is the apogee of fresh, pulled out of clear cold waters with no pollution, except for a few giant icebergs. Our favorite way to enjoy it is as sashimi at Sushi Island, our favorite sushi restaurant in St John's, where you can enjoy an epic all you can eat option at a very reasonable price.

Root vegetables, hearty lettuce varietals, and other beautiful greens including our favorite on the stalk Brussels sprouts and Romanesco broccoli are all grown by local farmers whom we've had the the pleasure of meeting each and every week at the Saturday morning Farmers Market. The abundance of local produce is also presented in comfortable rustic style at many restaurants in the city.

Outside of St John's, food options tent toward the more deep fried varietals, and sadly, it shows. Sorry Newfoundland friends, but it's straight up middle America health wise for a good portion of the greater-island community. Never the less, if ye look hard enough you will find little gems ... and health conscious Newfies to boot! 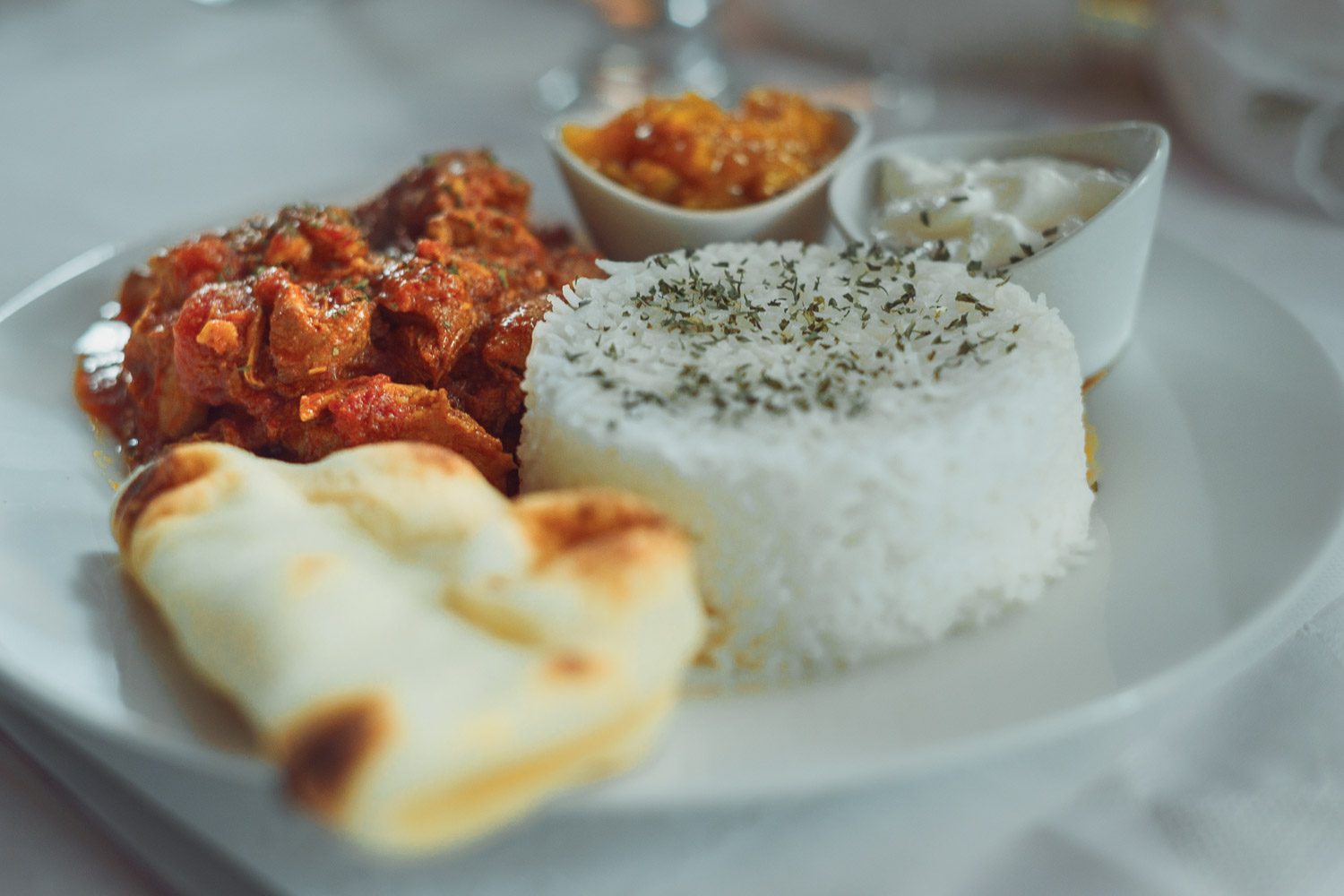 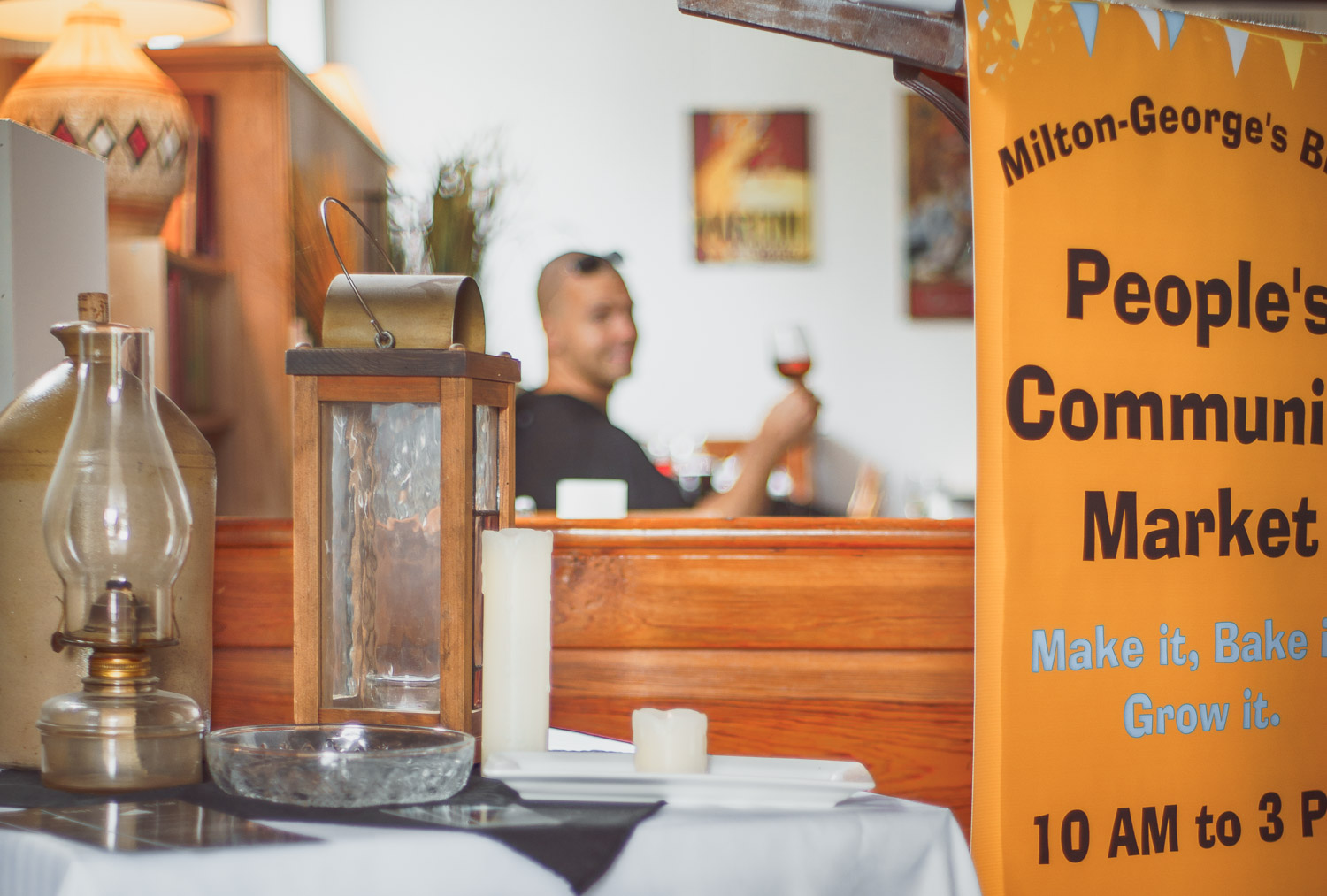 The Curtain Call Cafe, located in an ancient little chapel on the outskirts of a small town 2hrs drive from St John's. Stunning food and great atmosphere 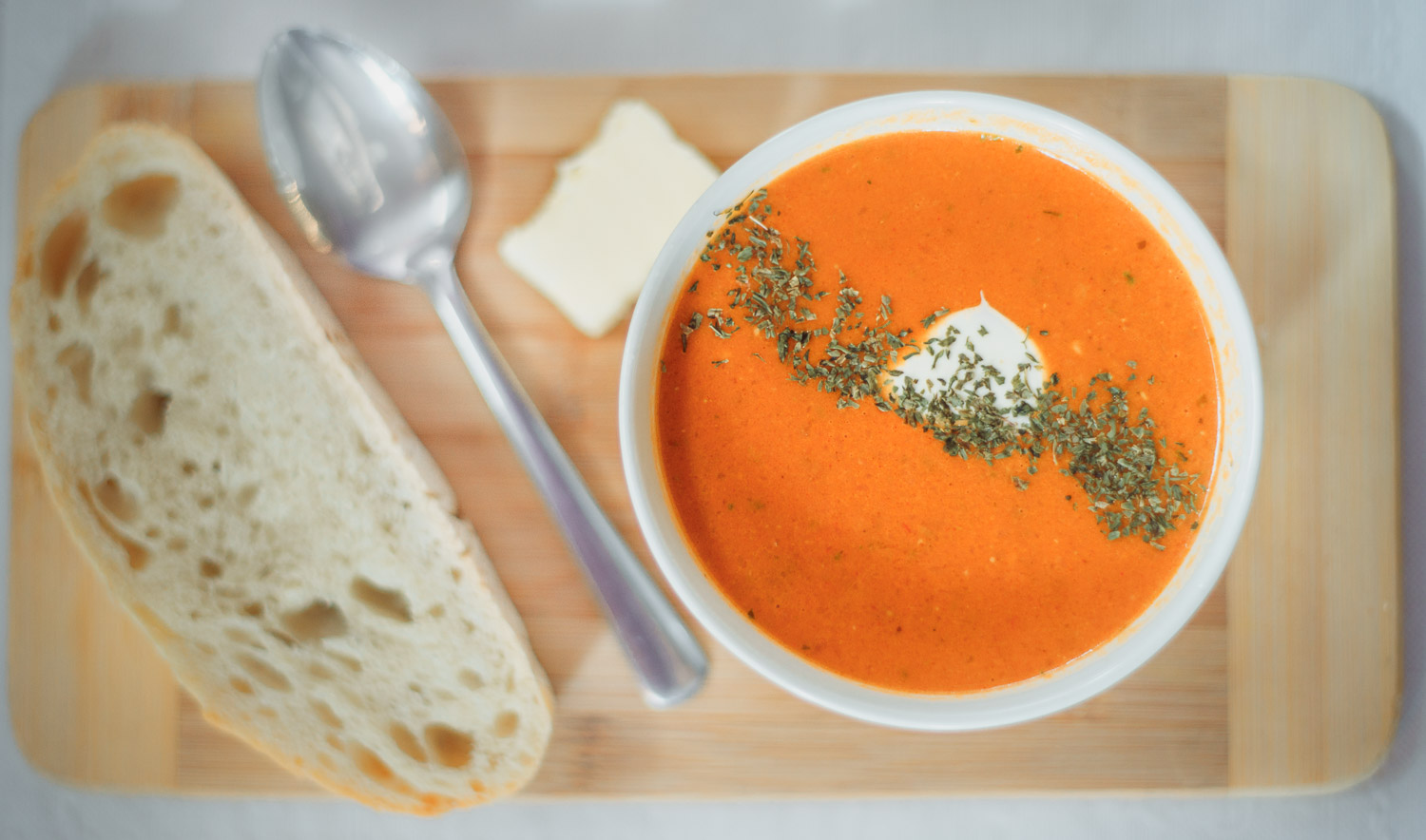 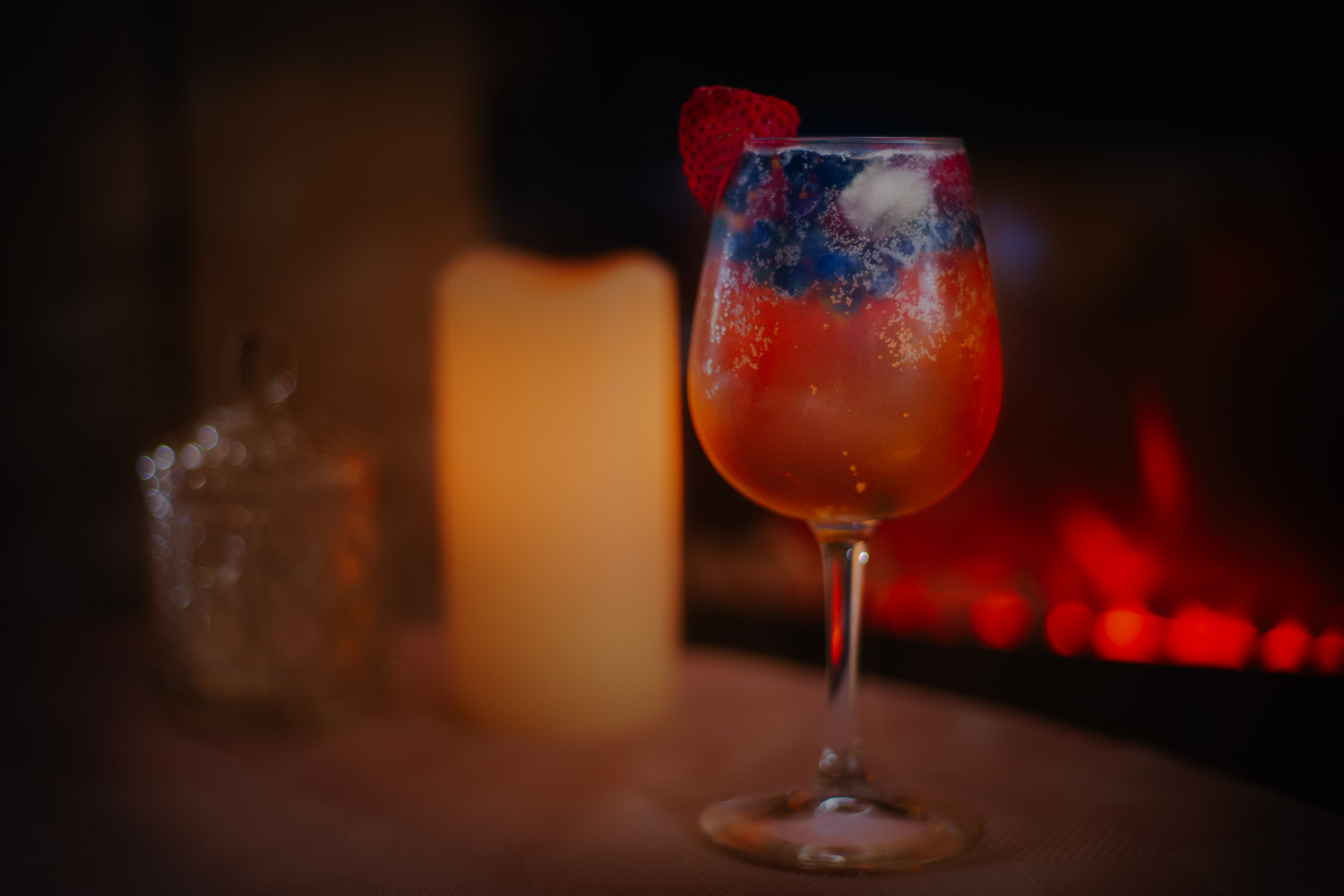 Newfoundland has historically been made up of small fishing villages, a good many, the small isolated coastal communities or the outports, still do not have roads to them. 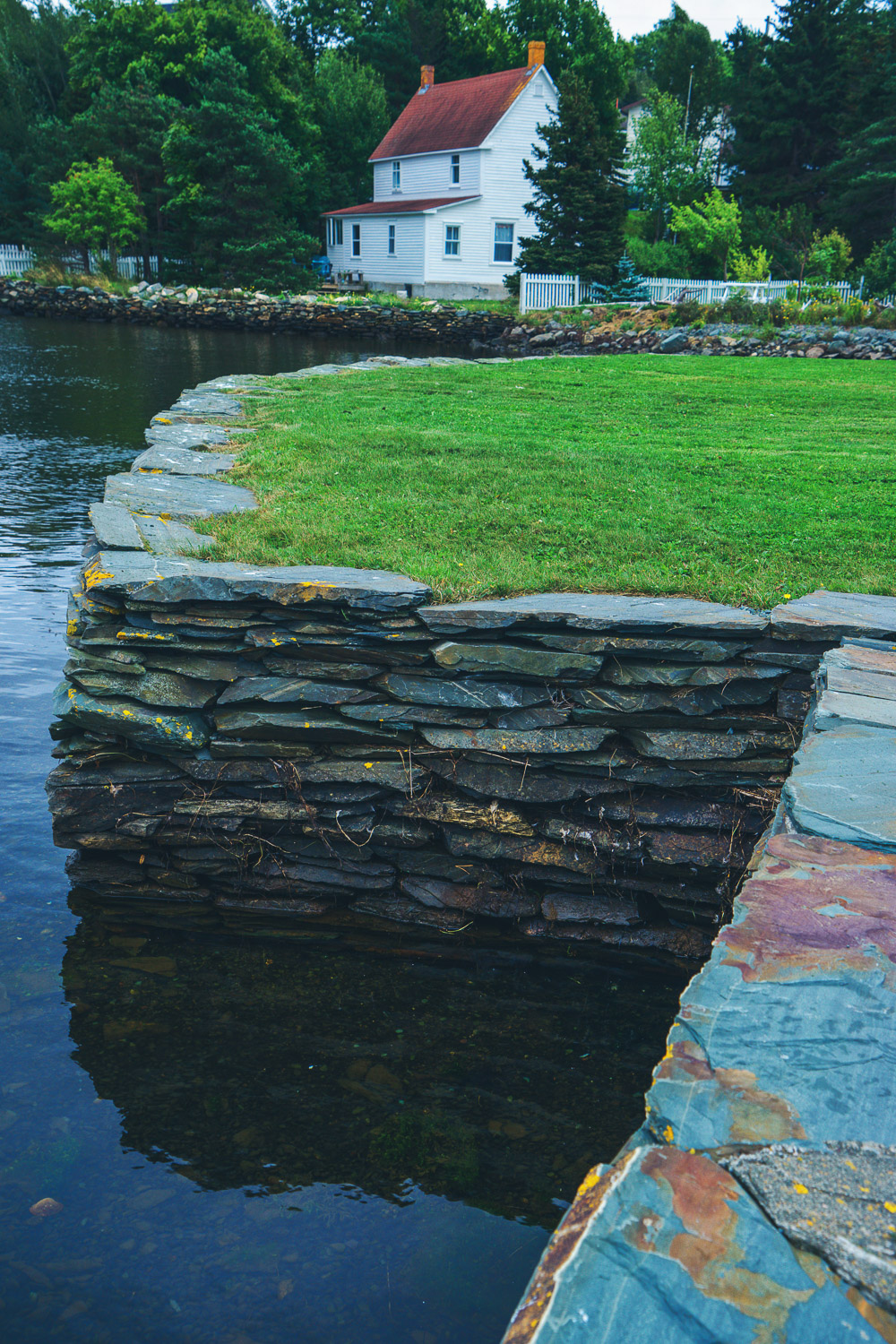 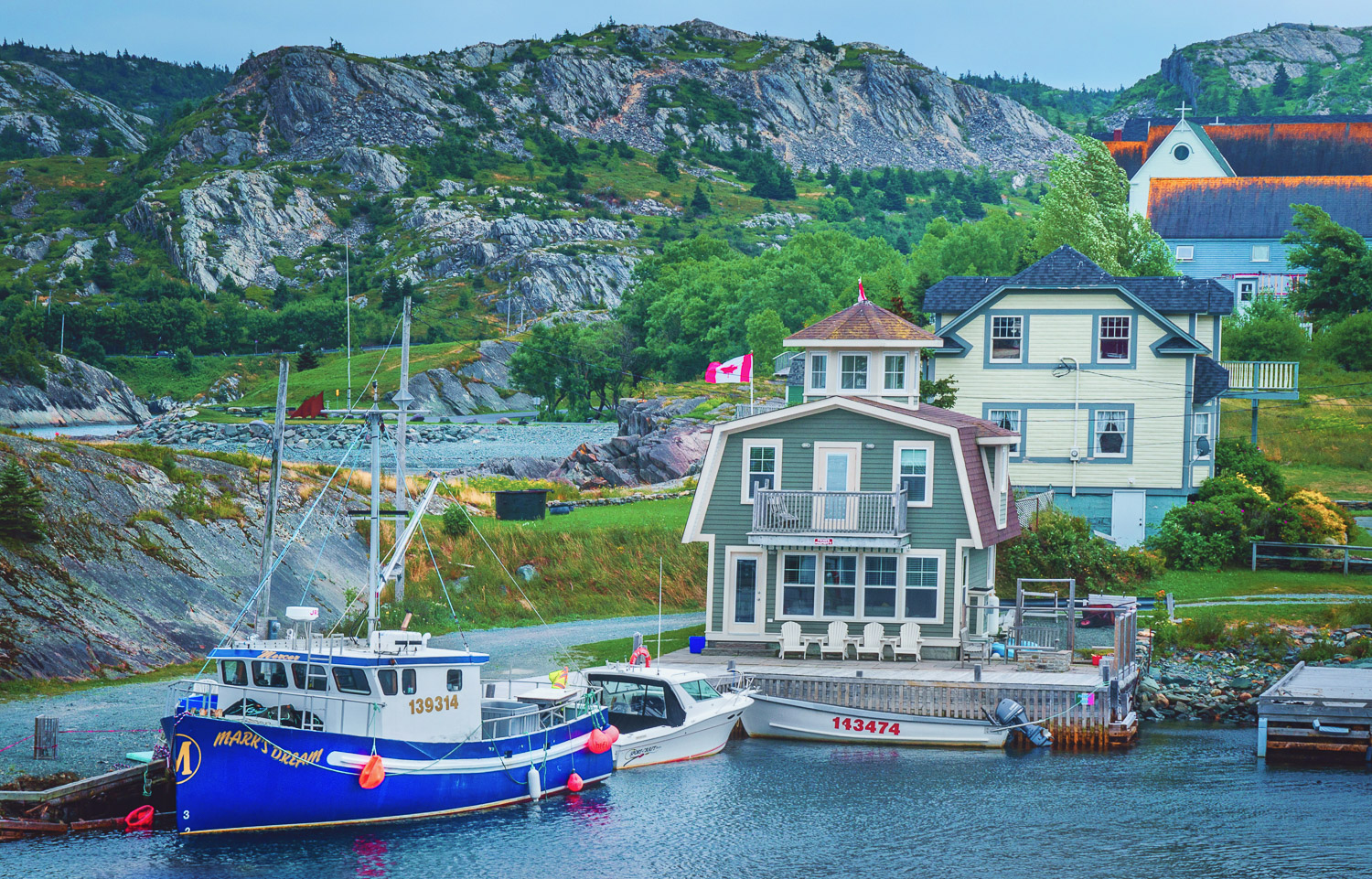 If ever there was a more suitable song to capture the feeling of a place, this one does it for Newfoundland for us. The Islander, by Nightwish from their Dark Passion Play album ... it's been buzzing around in our minds for weeks now. Celtic folk inspired, acoustic, and the story and video fits our own quite well at this stage in our journey. Have a listen as you scroll through the remainder of the photos below.

With seawinds in his face
Tempest-tossed island
Seasons all the same
Anchorage unpainted
And a ship without a name
Sea without a shore for the banished one unheard
He lightens the beacon, light at the end of world
Showing the way lighting hope in their hearts
The ones on their travels homeward from afar
This is for long-forgotten
Light at the end of the world 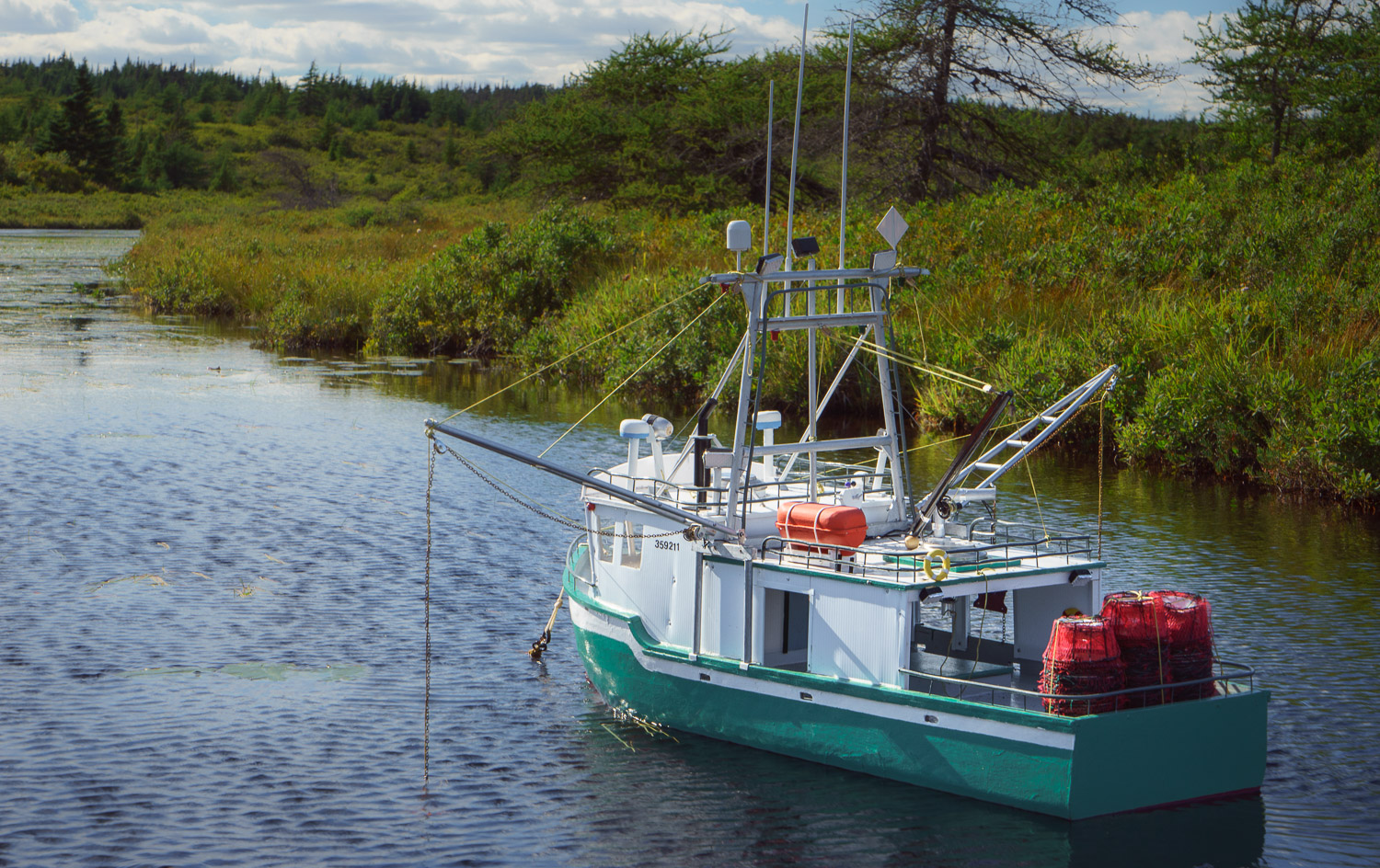 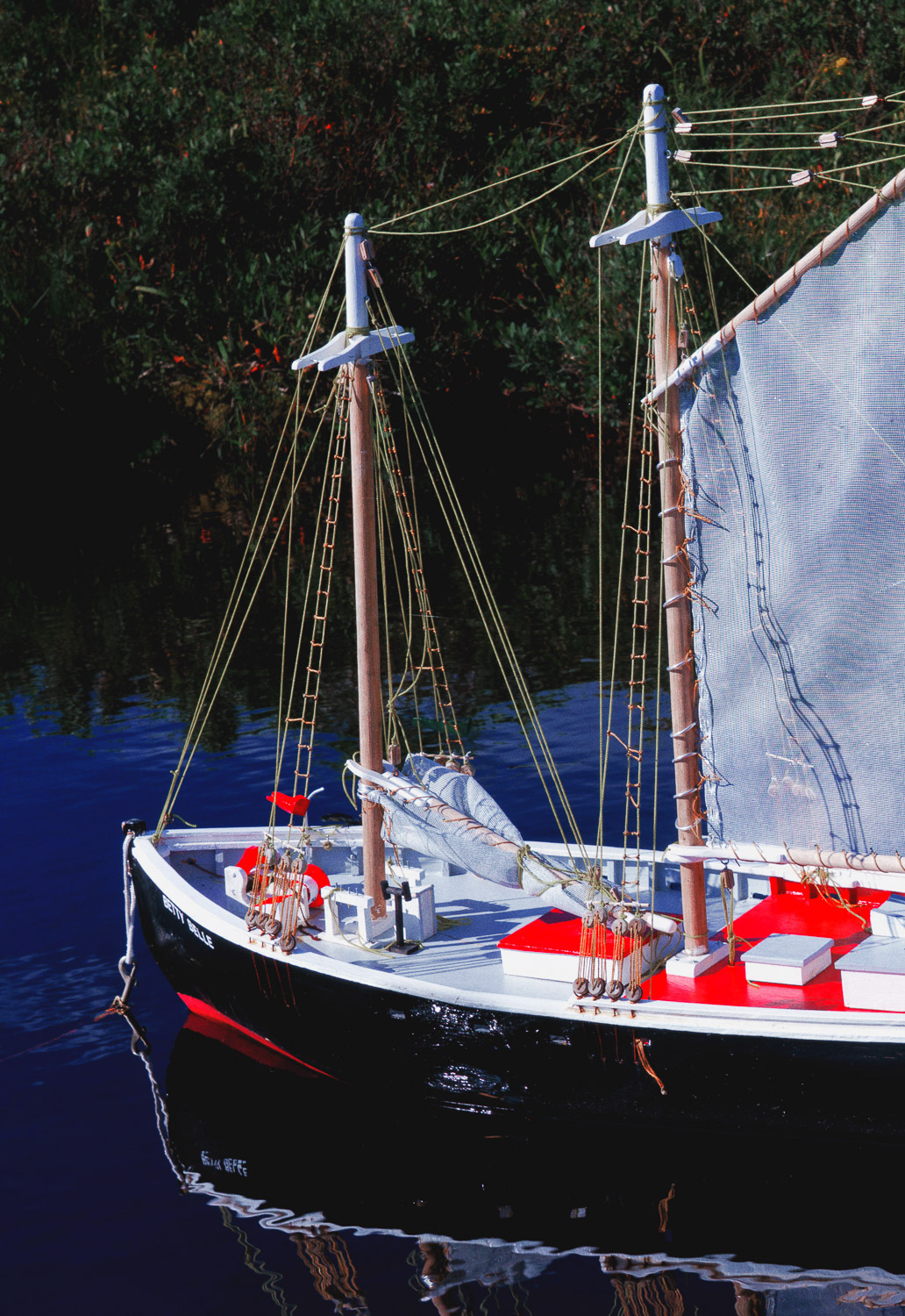 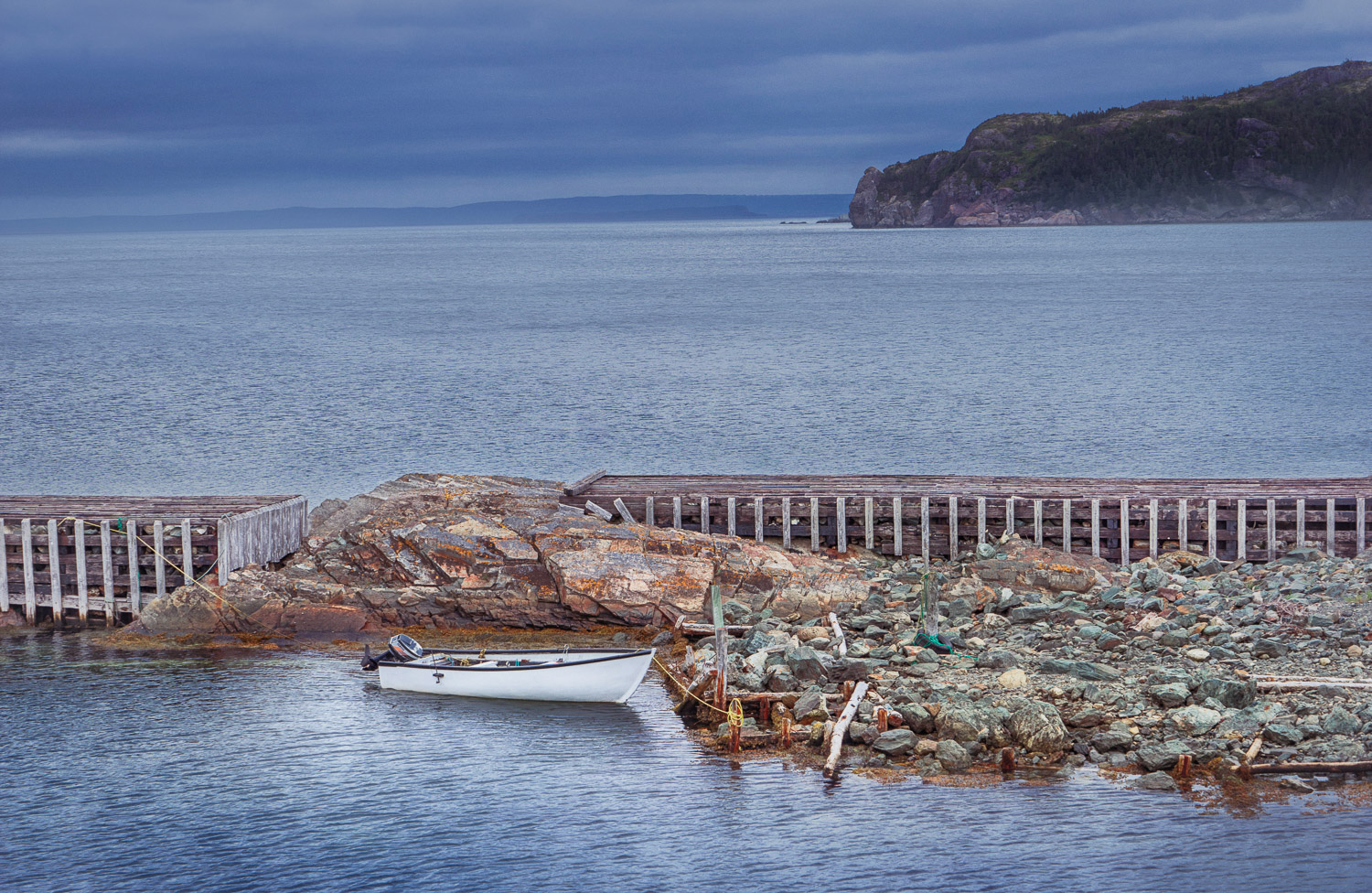 The true beauty of NF can be found...

A short hike to the Ferryland Lighthouse, where a traditional picnic can be purchased and enjoyed on a plaid blanket in the sunshine. 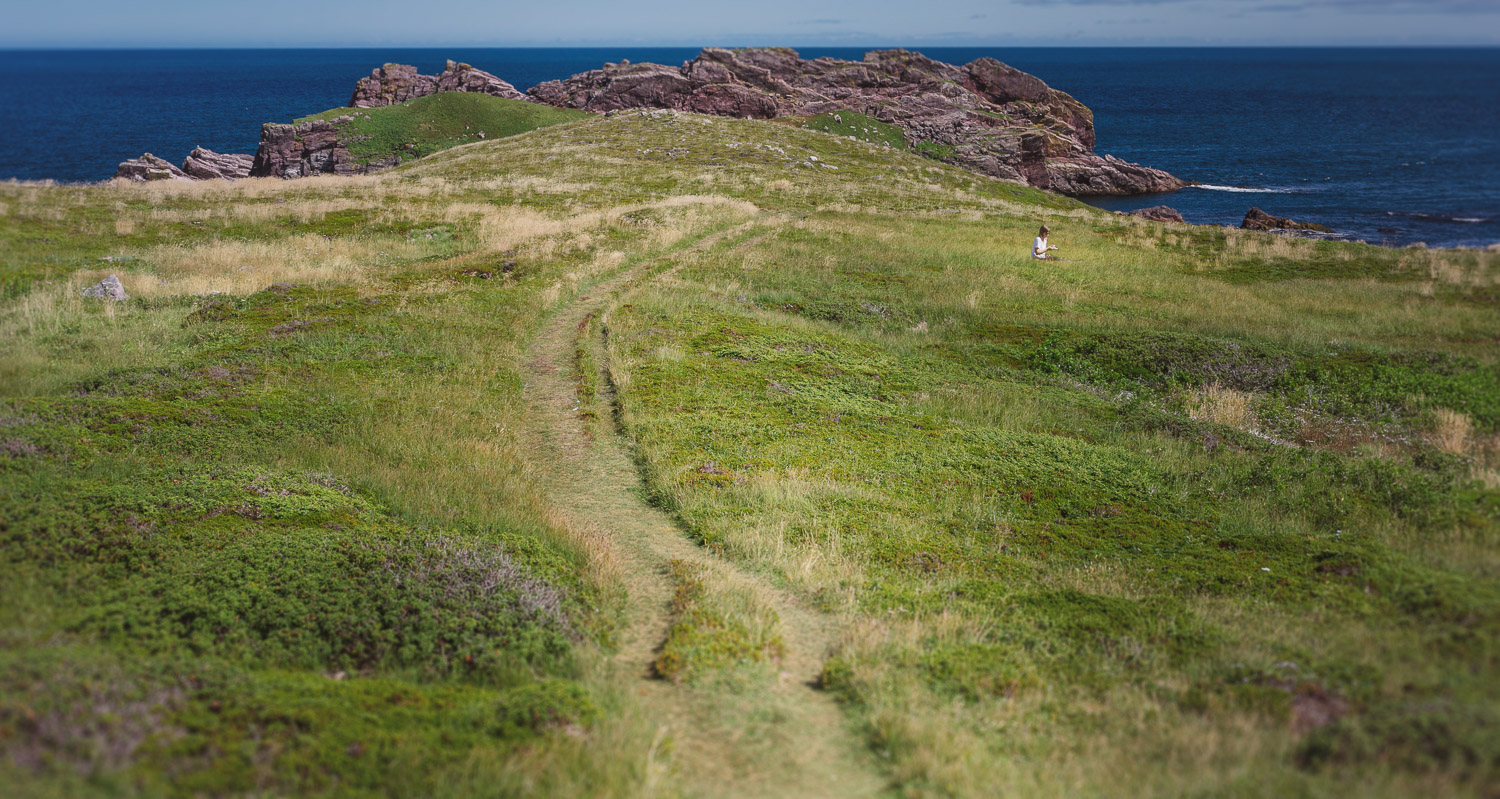 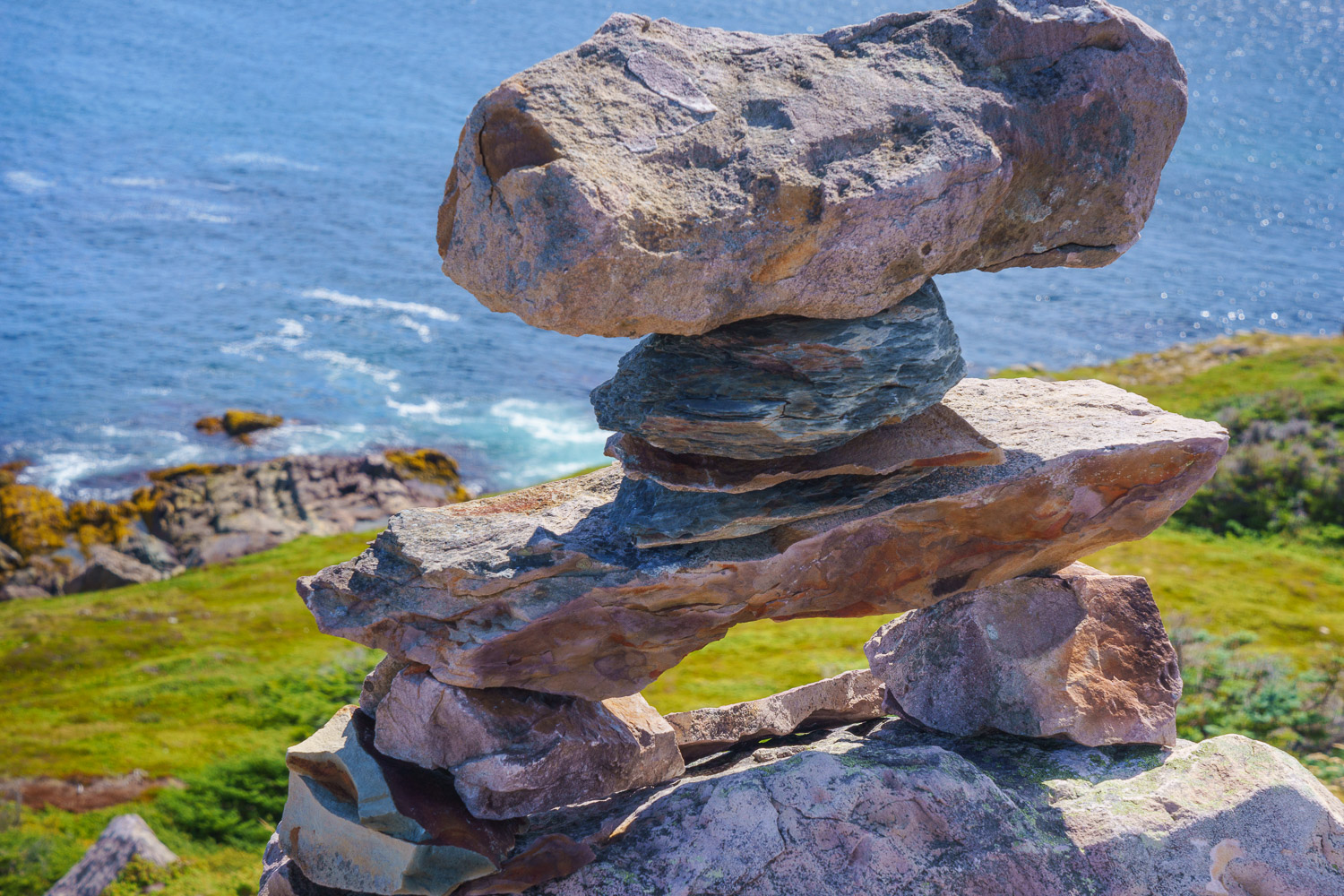 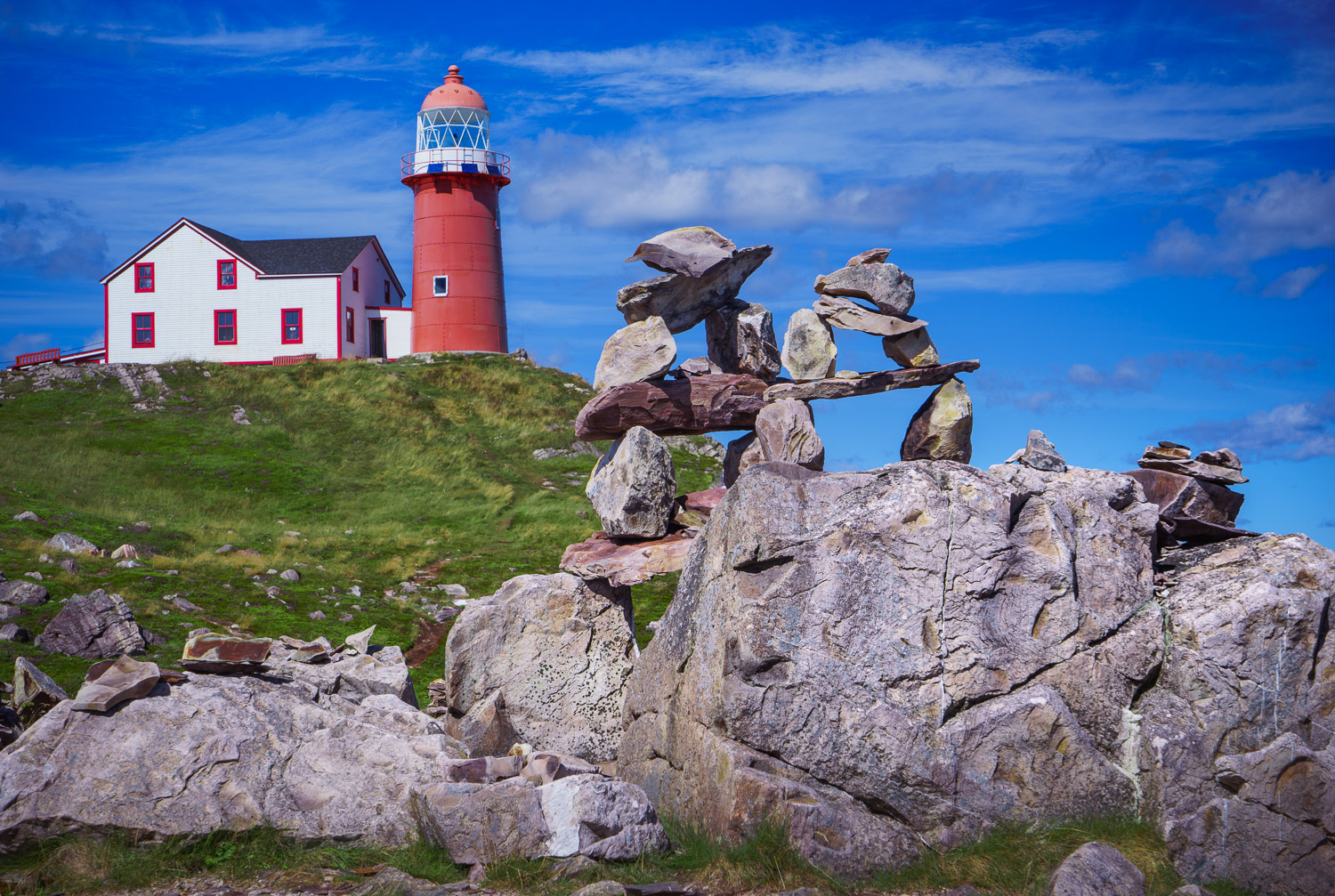